← more from
PNKSLM Recordings
Get fresh music recommendations delivered to your inbox every Friday. 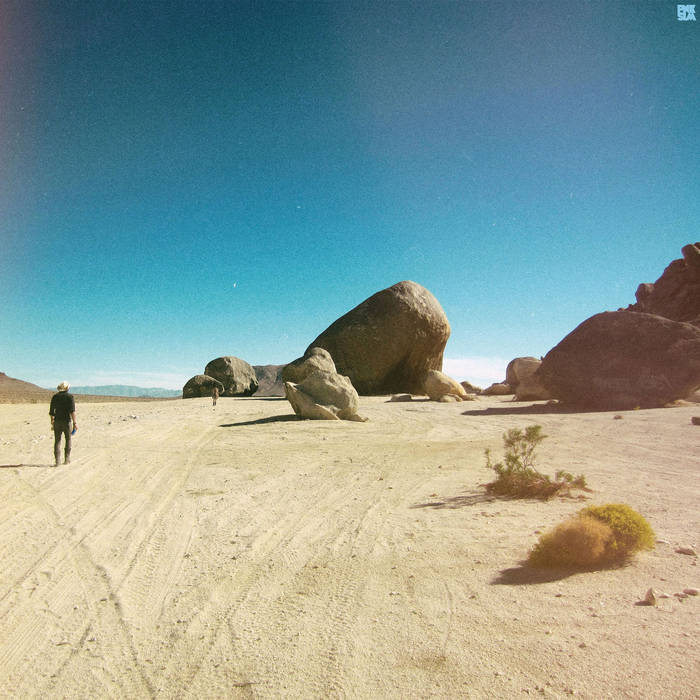 The spokes catch the moonlight. Behind you, there’s nothing but a city you don’t know. Out in front, spreading out on either side of the inky blacktop, is the desert and the promise of a horizon. Here you’ll find the music of the 299.

Out here, things get weird at the edges of the frame. Out here, you can lose your mind before finding it again. That’s what happened to Welsh multi-instrumentalist and producer Gavin Fitzjohn a couple of years ago.

Making his way across the US—from Phoenix to Houston to Dallas to Tampa, out to New Orleans and way out in Joshua Tree—he sought the heart of the American troubadour: guitar for hire, and trouble just around the next bend.

Bricked up in hotel rooms, he recorded the character sketches and scorched earth polemics that make up the first 299 record. Totally DIY, with bowls, plates and boxes as percussion, a quarter as a guitar pick and a fistful of coins for shakers, these songs shoot the day to day mundanity of touring full of colour, mainlining the everyday weirdness of Wim Wenders’ photography and the ominous proselytising of late era Johnny Cash.

These songs are home to creeping death hangovers, not-so-idle threats and big plans that go sideways irrevocably. If Glen Campbell found himself in a 299 song, he’d get to Phoenix to discover that not only was his girl gone, she’d never existed in the first place. “I wanted to capture a moment in time, a feeling,” Fitzjohn says. “The songs are Polaroids of a man traveling around an unfamiliar place, surrounded by surreal characters.”

This overarching sense of Lynchian weirdness is offset by songs that ring with crisp melodies and compositional nous. Blue Island’s skipping groove is intoxicating, dangerous in its allure, while elsewhere there are flecks of ‘60s vocal groups and Tom Waits-style melancholia tied up in Fitzjohn’s deliberate American drawl.

Since completing work on these tracks, Fitzjohn has continued to work as a musician and producer with artists including Paolo Nutini, Manic Street Preachers, Gruff Rhys, Stereophonics and more, but the 299 keeps calling out to him. The songs are always playing somewhere in the background; a product of a time and place that says something about him as a songwriter and something else about America as an intoxicating landscape that will destroy you if you let it.

Bandcamp Daily  your guide to the world of Bandcamp